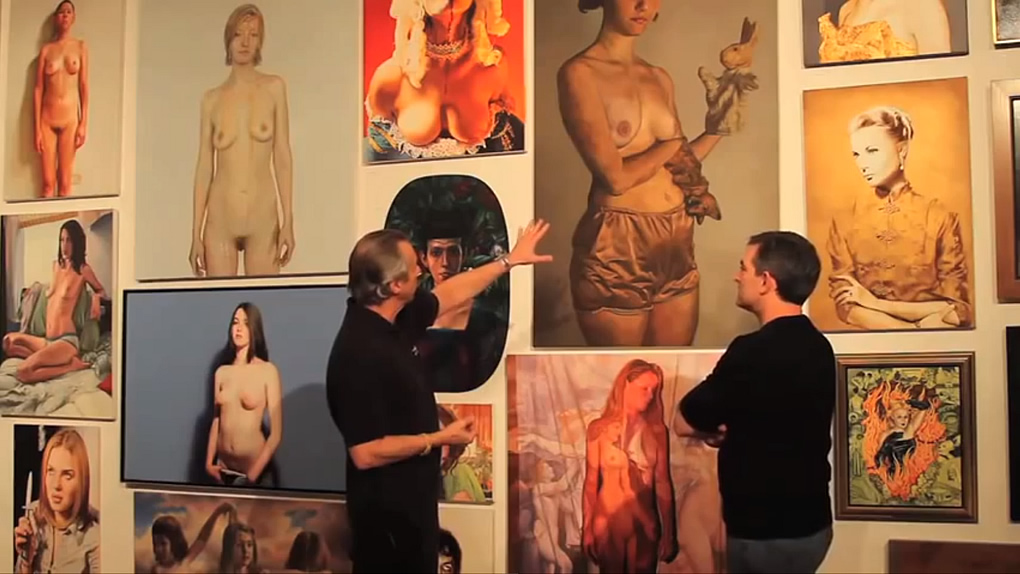 Interviews at New York Academy of Art and Chicago

For the past few decades, the Figurative Arts have had few champions in the marketplace like collector Howard Tullman. This Chicago entrepreneur has been buying art for over 40 years and has amassed one of the largest collections of nudes I’ve ever seen. Tullman also supports the arts in several other notable ways. In New York, Howard is on the board of the New York Academy of Art and in Chicago, Tullman has launched a professional digital arts school called Tribeca Flashpoint Academy.

We met with Howard at the New York Academy of Art for an in-depth interview about collecting art, and to ask him a little about both of the schools. Afterwards, we flew out to Chicago to pay him a visit at Tribeca Flashpoint Academy.

Artist and Editor Scott Goodwillie has been producing wild, intense dream-like paintings for decades. He’s even had a museum show. His recent solo show at TAZZA Gallery was a visual treat, and held several of his major works. We attended the opening, and will give you a closer look at some of these paintings. We […]

When TheGreatNude.TV was first launched in 2007, the idea was to recreate famous “Great Nudes” from art history as a television series. Produced over 12 years ago inside Jeffrey’s tiny Hell’s Kitchen studio with early Digital Video technology, this experimental episode has publisher/artist Jeffrey Wiener taking on the challenge of recreating Gustav Courbet’s Bacchante in […]

I was invited to an art exhibition at the Untied Nations by TheGreatNude Registry’s Stefano Losi, a figurative artist, poet, and sculptor. The opening was well attended by fans of his work, and diplomats from a number of nations. I had a chance to meet up with Stefano before the opening to chat about the […]