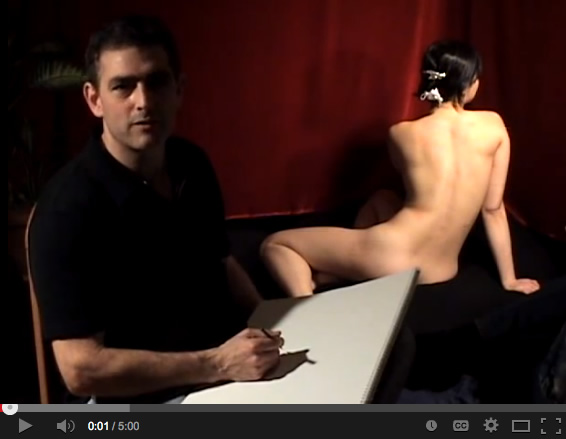 TheGreatNude (www.thegreatnude.tv) was launched in 2007 as a video/blog, with only a handful of subscribers which included my artist friends and gallery owners I had befriended over decades exhibiting in the galleries of New York. I began by commissioning editorial reviews of the figurative exhibitions here in NYC. Then producing video shoots in my small studio apartment in Hell’s Kitchen. I began a regular feature called  “Sketch Sessions” which had us recreating famous nudes in art history with guest artists on the set. Our first batch of interviews featuring popular figurative artists were shot with a handi-cam and volunteer production help. 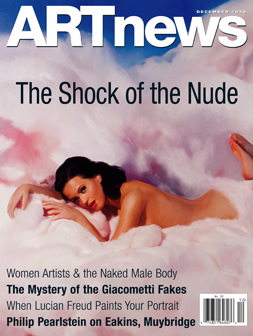 As TheGreatNude grew in popularity, we branched out and produced a number of art events in order to introduce artists and galleries to TheGreatNude, and to offer exhibition opportunities for artists to promote the sale of their art. TheGreatNude also produced Life Drawing events in public spaces such as the Jacob Javits Center, allowing for people to join our guest artists in drawing from our life models. TheGreatNude was highlighted in an ARTnews article (“Nothing Like the Real Thing”: Dec. 2010, page 68) which reported on the growing popularity of drawing from the Life Model. 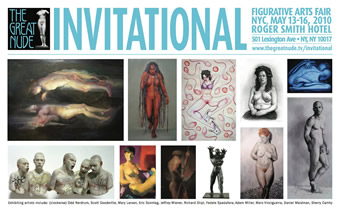 In 2010, TheGreatNude hosted TheGreatNude Invitational, an international art exhibition held at the Roger Smith Hotel in New York City. A celebration of the Figurative Arts lasting over 5 days, this event featured 27 figurative artists including Odd Nerdrum, Scott Goodwillie, Barnett Suskind, Walter Robinson, Meredith Bergmann, Daniel Maidman, and many others. Our well-attended panel discussion on The Nude in Contemporary Art included renowned art critic Donald Kuspit, and artists Vincent Desiderio, Leah Poller, Sherry Camhy, and Richard T. Scott. The Sketch Parties on Friday and Saturday night were fabulous and exciting, with collectors, Artists, and their family and friends all mingling as the artists and guests sketched the nude models we presented. 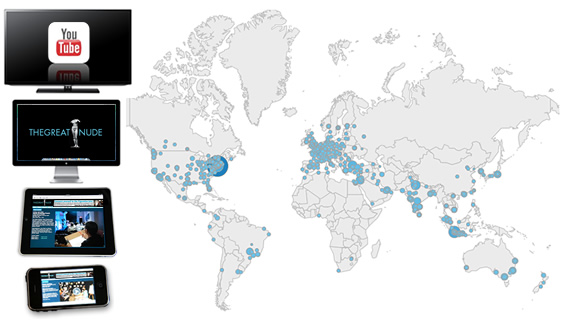 Over the last eleven years publishing TheGreatNude.tv, through the rise of Facebook, YouTube and the rest of the Social Media that now censors so many Nudes, TheGreatNude’s following has solidified and now includes tens of thousands of subscribers across our social media platforms Facebook, Twitter, Pinterest, Vimeo, Instagram and of course TheGreatNude’s YouTube Channel, which now boasts over 34,000 subscribers and over 28 million views. Our audience is diverse and includes artists, collectors, curators, gallerists, and of course the fans of the Nude from around the globe.