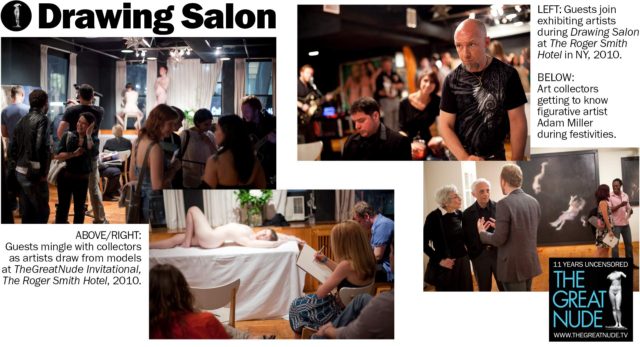 Mexico is a very conservative country, and the use of The Nude is a provocative statement in Mexican culture. With that in mind, Mexican photographer Édgar Olguín has published a series of photographs taken as part of a project to protest the killings of 43 Mexican student protestors last fall at the hands of a local government, who […]

Nathan Sawaya: The Art of the Brick Museum Tour

Nathan Sawaya: The Art of the Brick Museum Tour Archive: 2011 Had I been exposed to the Lego creations of Nathan Sawaya as a boy I may have had inspiration to a higher artistic calling than to create Lego towns which my friends and I subsequently destroyed in our playing of war games in my […]

Artist Statement: Always Somebody Moving. My imagery is the visual terminus of a much longer method, and perhaps its extra-visual meaning is to be found in the archeology of its making. Driven by a desire to first experience as manifest reality the symbolic content, my process starts with performances where my models and I make […]