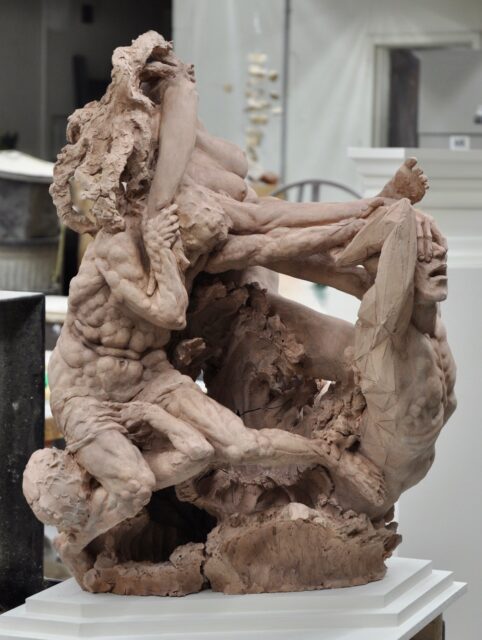 A newly released study claims that 2 meter-heigh bronze statues of nude men riding panthers are by Michelangelo Buonerroti. Known ever since as the “Rothschild bronzes,” they will soon be on view at Cambridge University’s Fitzwilliam Museum. If this is correct, they will be the only known surviving bronze works by Michelangelo.

When TheGreatNude.TV was first launched in 2007, the idea was to recreate famous “Great Nudes” from art history as a television series. Produced over 12 years ago inside Jeffrey’s tiny Hell’s Kitchen studio with early Digital Video technology, this experimental episode has publisher/artist Jeffrey Wiener taking on the challenge of recreating Gustav Courbet’s Bacchante in […]

Bettina Rheims: Girls Night In Edwynn Houk Gallery, September 16th – November 6th , 2010 OK, so who hasn’t she photographed yet? From pop stars to fashion models, and in 1995 a commissioned portrait of Jacques Chirac, this internationally known French photographer has established herself as one of Europe’s most critically acclaimed artists. Her background […]