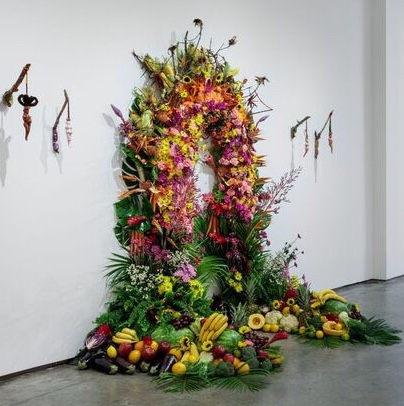 Jeff Muhs: The Origin of Nymphs

Showing at Lyons Wier Gallery are the icon-infused works of Long Island native Jeff Muhs. Aptly named The Origin of Nymphs, these large works are part of a larger series Muhs is developing entitled Another History. When approaching the Gallery, and at first glance, these luscious, richly-painted canvases seem to be enlarged, out-of-focus photographs of […]

Artist Statement: My work over the past several years has been exploring complex, multiple figure, and sculptural compositions in terra-cotta. I cultivate a dynamic system in which several figures interact physically. There is a spontaneous order that emerges through the interaction of individual figures which results in a complex, yet delicately unified, composition. The composition […]

Lucien Freud At The Metropolitan Museum of Art